Since making a high at 114.701, USD/JPY has been in a consolidation phase. It moved out of the ascending channel and has moved sideways. That high was just below the late 2017 high of 114.735.

In this period of consolidation, it moved below the 10-day simple moving average (SMA) but remained above the 21-day, 34-day and 100-day SMAs. The 10-day SMA also went from positive to negative gradient. That gradient has just turned positive again.

With the 10-day SMA gradient turning positive, conditions have been met for a bullish TMA. It should be noted though that past performance is not indicative of future results. 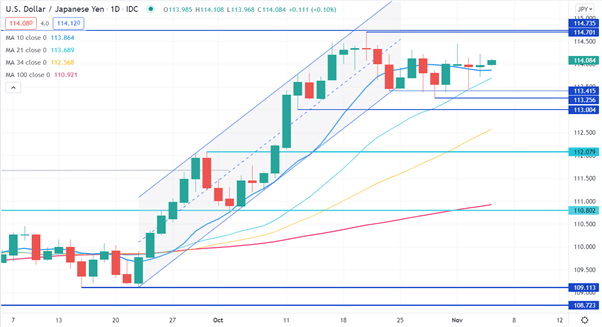 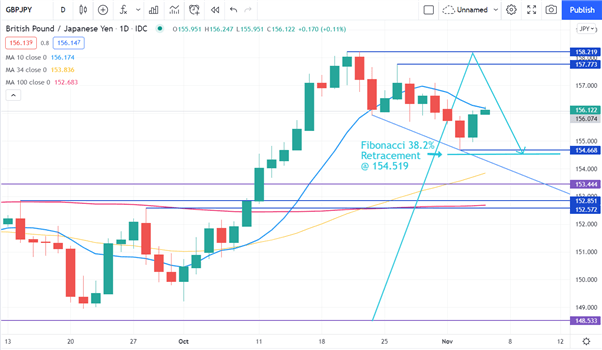