USD/JPY, EUR/JPY. Can They Break Ranges?

It should be noted though that past performance is not indicative of future results. 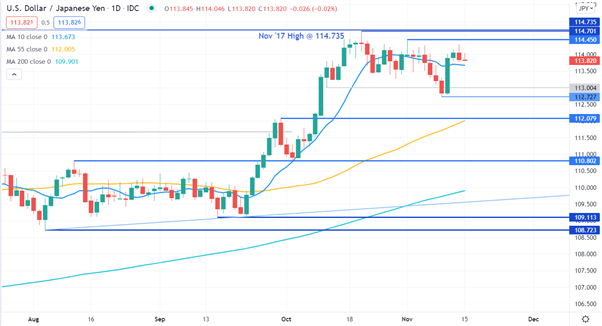 Overall, EUR/JPY remains in a wide range of 127.934 to 134.124. The pivot point at 130.474 initially provided support last week but then the price moved below it and remained there. It may now be a level of resistance.

That move also went under the 55 and 200-day SMAs which could suggest that possible medium to long-term bearish momentum might unfold. The price was already below the short-term 10-day SMA.

A Double Bottom was made through September and October at 127.934 and this might provide a base. Just above that, there is a previous low at 128.336 that may provide support. 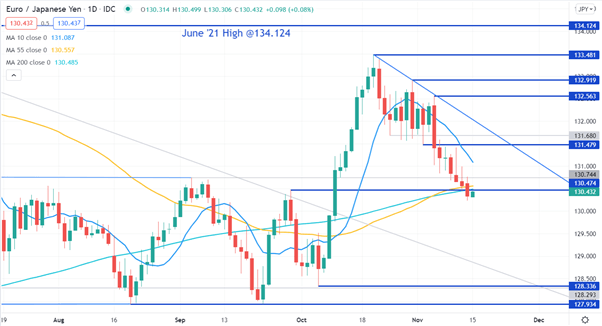