USD/JPY, CHF/JPY. Is the Yen Trapped for the Year?

This consolidation phase is illustrated by the convergence of all the short and medium term simple moving averages (SMA).

Longer term momentum appears to be maintaining a bullish perspective for now. The 100 and 200-day SMAs remain below the price with positive gradients. 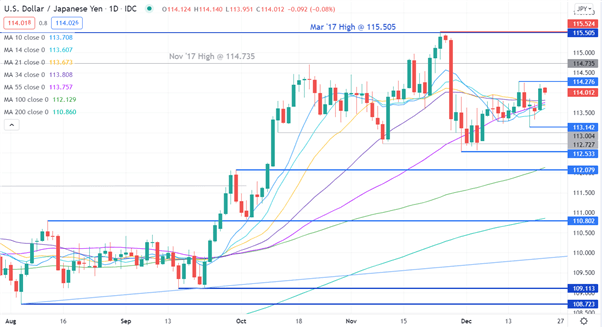 CHF/JPY has spent over a month in the 122.140 – 123.955 range as it moved sideways. These levels may provide support and resistance respectively.

Historically, this currency pairs has tendency to do this before a breakout creates a new trend. It should be noted though that past performance is not indicative of future results.

Like many other currency pairs of late, CHF/JPY price action has seen volatility reduce significantly going into the holiday season. This is shown by the 21-day SMA based Bollinger Bands reducing in width over the last couple of weeks.

As well as the the absolute levels of the recent range, these Bollinger Bands might be worth paying attention to for an indication of a potential breakout. 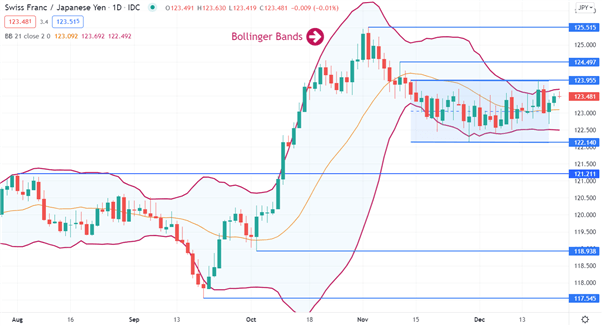