USD/JPY, AUD/JPY, NZD/JPY. Where to For Yen? 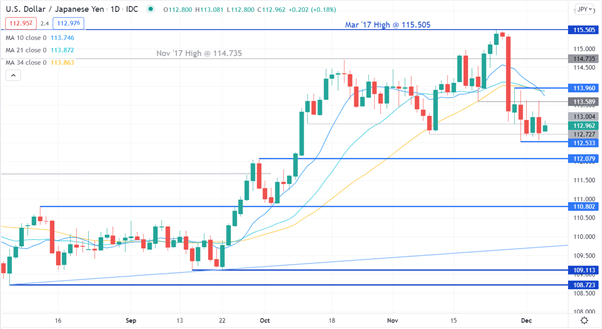 This could suggest that bearish volatility is still in play. The heightened level of volatility can be observed by the width of the Bollinger Bands themselves. 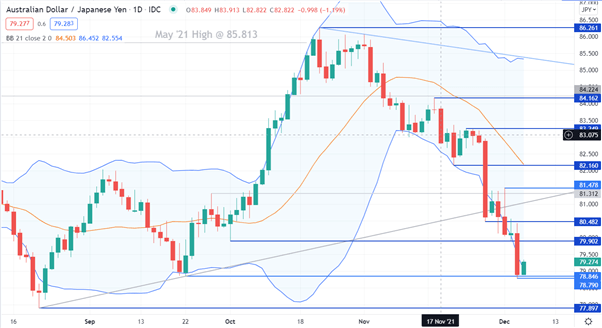 The pace of the move down has seen the short term simple moving averages (SMA) steepen into a negative gradient. The medium and long term SMAs have flatlined for now as they appear to be potentially rolling over into a negative slope.

The low from Friday at 75.97 may provide support and below there, other potential support levels might be at the pivot point of 75.275 or another prior low of 74.567. 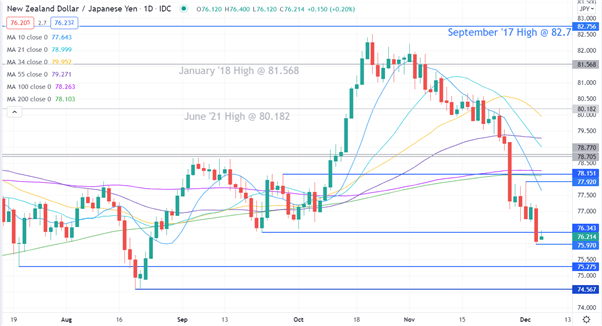