From a technical standpoint, the Canadian Dollar could be readying to make a move against the US Dollar. USD/CAD found a peak in October at 1.3978 before entering a consolidative state. Since then, the pair appears to have been carving out a bearish Head & Shoulders chart formation.

The head is at 1.3978, followed by the right shoulder at around 1.3808. The neckline appears to be around 1.3503, which is where the pair was sitting around the time of publication. The 50-day Simple Moving Average (SMA) is also being tested – see the daily chart below.

Confirming a breakout under the latter, as well as the neckline of the Head & Shoulders, could open the door to reversing the August – September uptrend. Such an outcome places the focus on immediate support below, which seems to be the midpoint of the Fibonacci retracement at 1.3353. 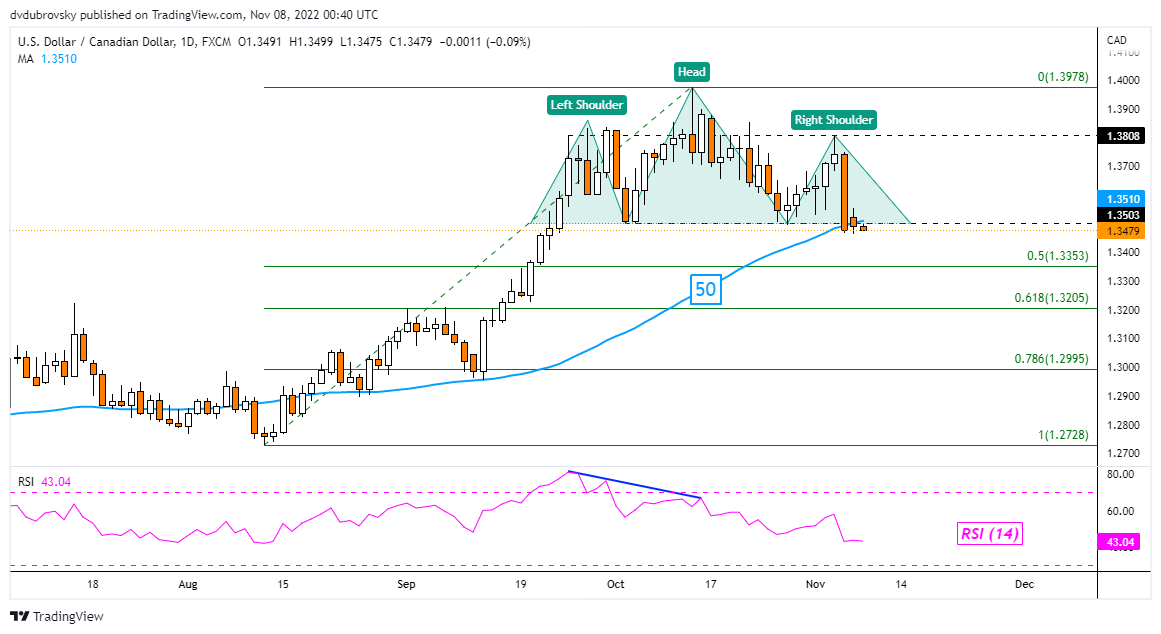 According to IG Client Sentiment (IGCS), about 52 percent of retail traders are net-long USD/CAD. In fact, this is the first time most investors are long the pair since early September. IGCS tends to function as a contrarian indicator, meaning that further losses may be in store for USD/CAD if positioning continues to head in this direction. But, downside exposure has increased by 32.49% compared to yesterday. As such, the combination of current sentiment and recent changes is offering a mixed outlook for the time being. 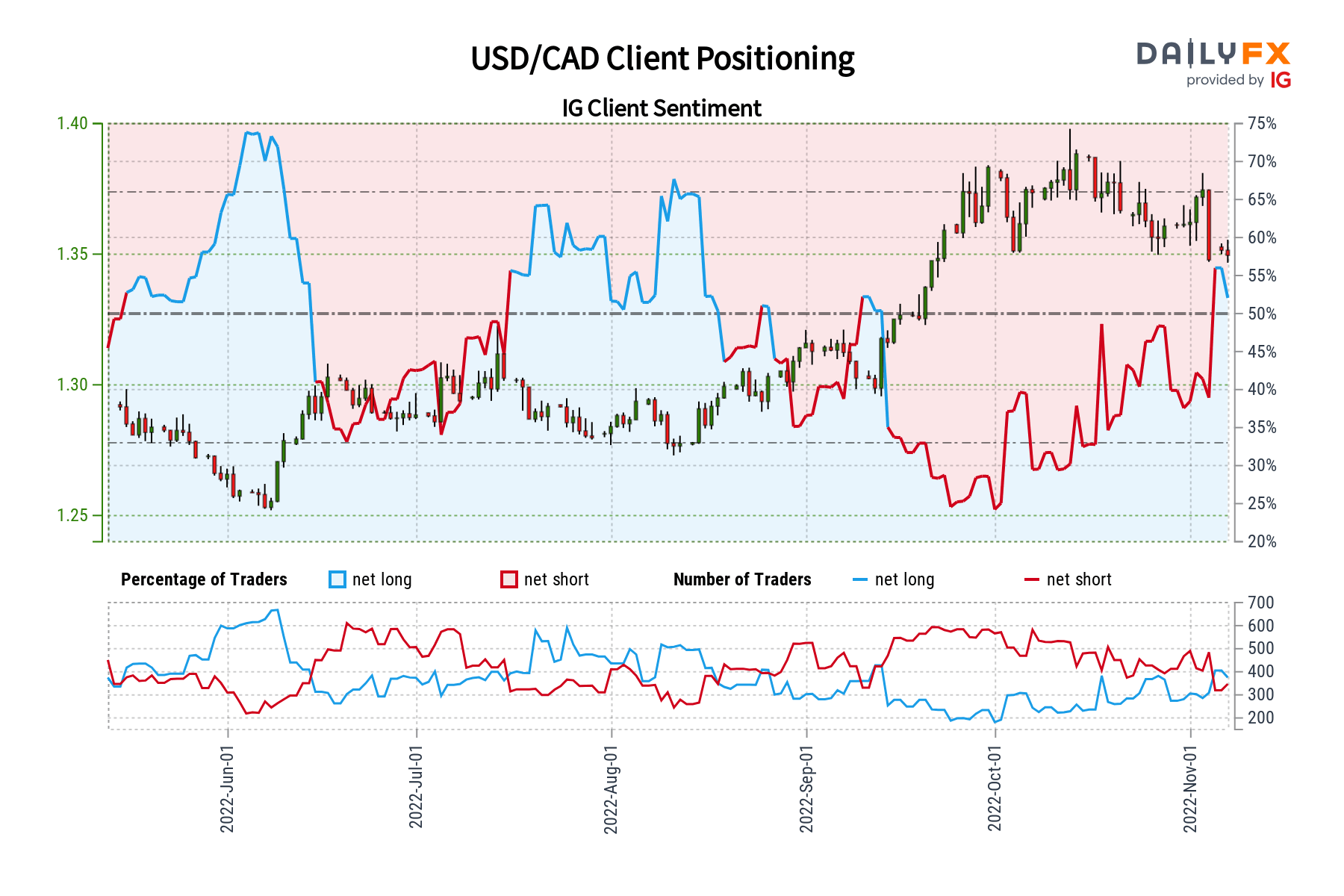