Jitters Around Intervention at the 145 Level, NFP Next

USD/JPY has approached the level of unease at 145. While Japanese officials have mentioned that one-sided FX volatility is their major concern, it would appear that the 145 mark still represents a rather undesirable level as it is where the recent foreign exchange intervention efforts took place last month.

This morning, official data from the Ministry of Finance revealed a drop in Japan’s foreign reserves to $1.238 trillion, the lowest level since 2017. The chart below helps show the sharp drop off in the second half of the year which highlights the difficulty Tokyo faces as it endeavors to boost the value of the yen. 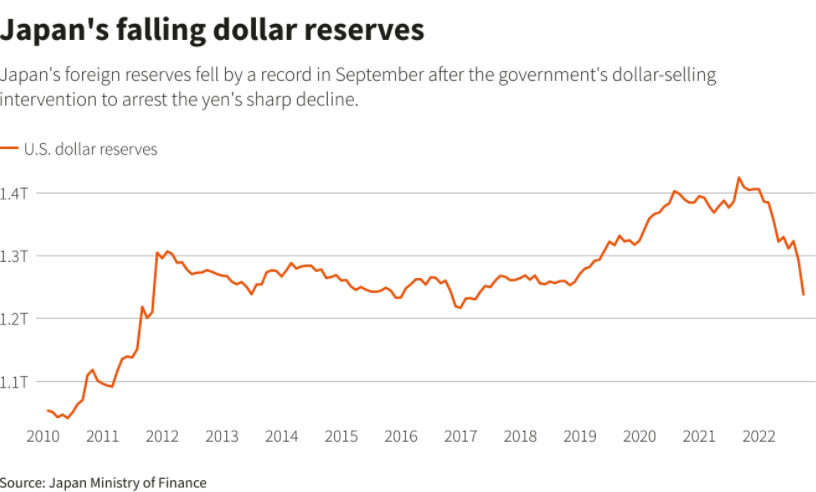 If the yen was too strong and hurting the local export market, Japan could simply print money and buy foreign reserves but it is much harder to raise the value of the yen as there is a finite amount of foreign reserves to sell in exchange for yen. And that becomes a problem if the global market anticipates as much, because markets can wait for USD/JPY to drop after intervention and then bid it up – hence the constant jawboning we are seeing in an attempt to bolster the message that the yen is too weak.

However, today’s price action is likely to depend on the NFP print later today in the absence of any external shocks – as is rather typical ahead of such an influential data print. Today’s NFP print comes after the JOLTS report revealed a massive drop in job openings, suggesting that companies are less eager on new hires which typically precedes a slowing jobs market. A miss in the jobs data may have a compounded effect due to the JOLTS data which could reignite the ‘Fed pivot’ or Fed pause narrative that markets are so desperate to revive. Such a scenario would be a relief for Tokyo as a potentially softer dollar would see USD/JPY trade lower. Support lies all the way down at 141.50.

A print in line with expectations of 255k new jobs added in September or better than expected job gains, favors a continuation of the longer-term uptrend. 145 remains key with resistance at the recent high of 145.90, which admittedly, isn’t very far away. 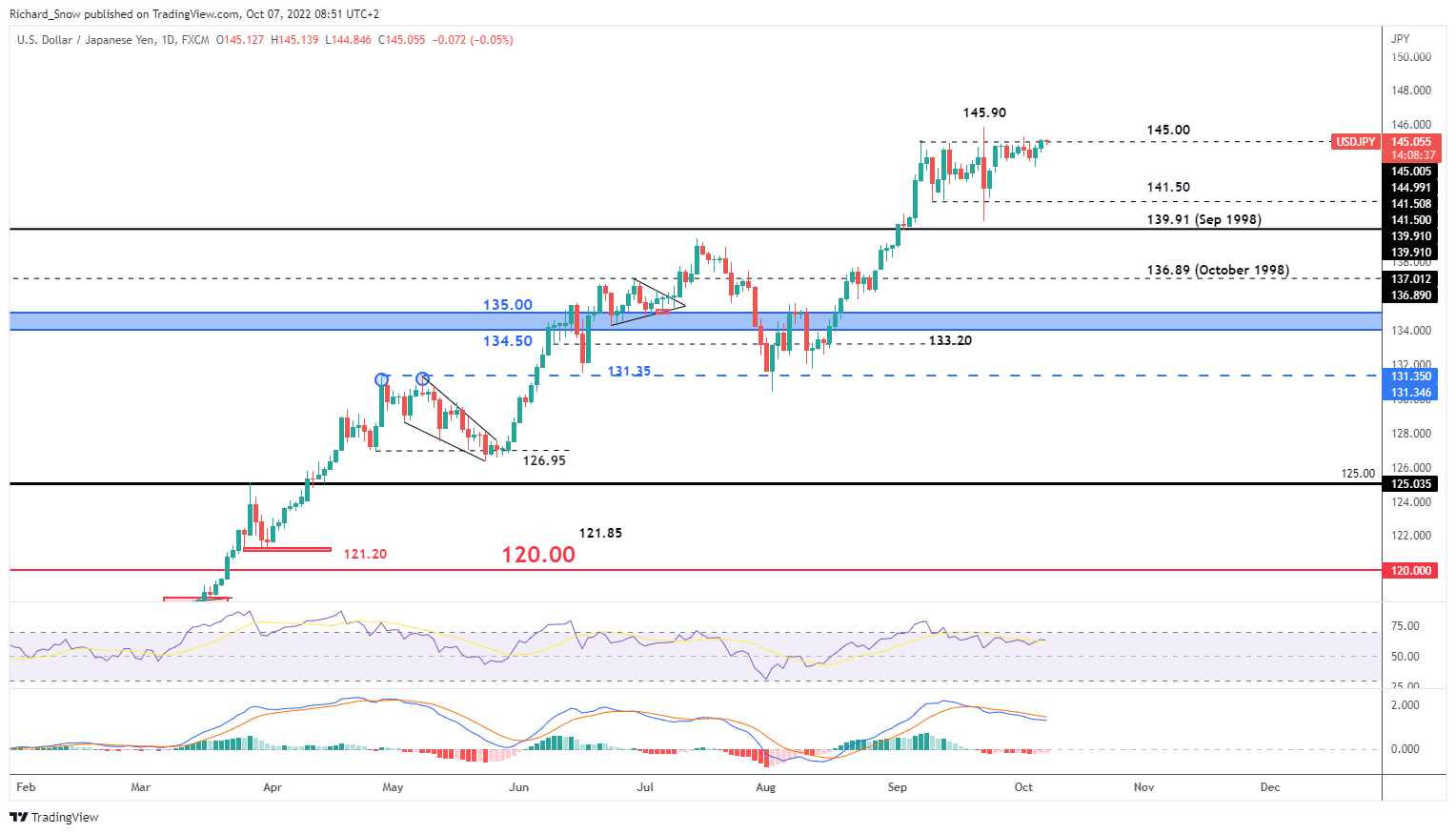 NFP rounds up this week and next week we have the FOMC minutes on Wednesday followed by high importance CPI inflation data for September. Last month we saw the same estimate of 8.1% which resulted in a massive repricing in USD after inflation proved to be hotter than expected so keep an eye on the CPI print. On Friday we have US retail sales and the University of Michigan consumer sentiment report which continues to move in a positive direction. In future prints we could see this reading ease as a result of added price pressures after OPEC’s latest move to cut output in November.