Japanese Yen Slips as Momentum Builds for USD/JPY and AUD/JPY. Will it Continue?

USD/JPY appears to be ready to test the 24-year high seen at the end of June as it remains in an ascending trend channel. It continues to make higher highs and higher lows.

The price has returned to be above the 10-day simple moving average (SMA) and bullish momentum may further unfold. 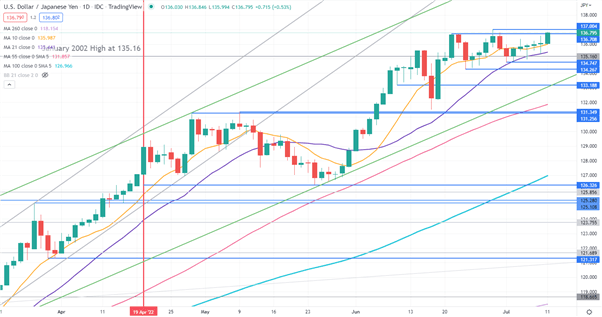 A second Pennant Formation breakout could be occurring and a close above 93.50 might see bullishness unfold. That would also place the price above the 10-, 21- and 34-day simple moving averages (SMA), which may suggest that bullish momentum is evolving.

On the downside, support may lie at the recent low of 91.42 or at an ascending trend line that currently dissects at 91.85. 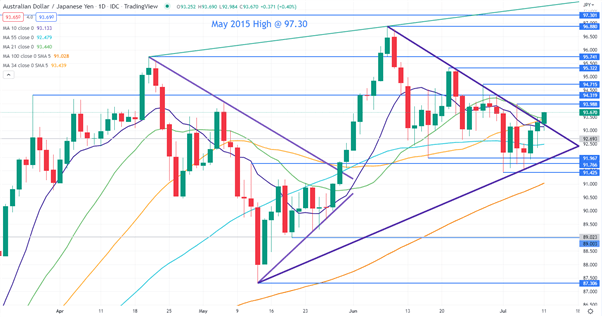