Japanese Yen Slides Against US Dollar and Swiss Franc. New Highs for USD/JPY and CHF/JPY?

USD/JPY has broken above a descending trend line and is above a series of Simple Moving Averages (SMA). This might suggest that bullish momentum is evolving and a move toward as the 24-year high made last month may unfold. 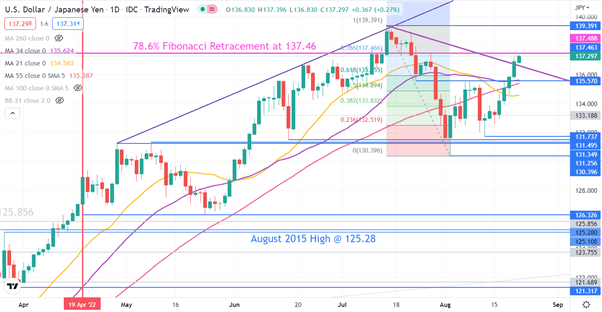 CHF/JPY has traded in a 137.17 – 143.75 range for two-months and those levels may provide support and resistance respectively.

At the end of last week, it crossed above the July peak of 143.11 and appears set to test the seven-year high of 143.75 with bullish momentum potentially emerging.

The recent low of 140.40 is just above the 55-day SMA and might provide support.

An ascending trend line extending from the mid-May low of 127.51 and through the low of 137.17 from earlier this month could provide support, currently at 139.60. 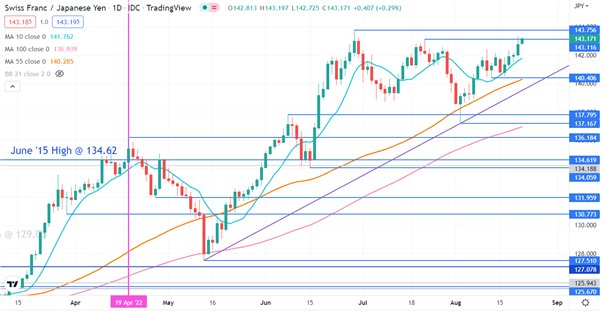