How to Trade FX with Your Stock Trading Strategy

FTSE 100 Has All-Time High in Sight

The FTSE has begun 2023 much the same way it ended 2022, with a strong bullish advance. The all-time high around 7909.50 was less than 40 pips away in early morning trade before the relatively sharp turnaround witnessed after UK jobs data lifted the value of the pound. With between 70 and 80 percent of total FTSE 100 earnings coming from abroad, a stronger local currency tends to see lower revisions in the index as investors anticipate lower pound-denominated earnings on unhedged foreign revenue.

The 4-hour chart reveals what is shaping up as an ‘evening star’ – a bearish reversal candlestick pattern. The rate of increase witnessed over the last week places the index at risk of overextending, something that the RSI concurs with (daily chart). Over the short to medium term, the possibility of a deeper pullback receives greater credibility should price action trade and hold below 7831. Failure to do so, provides a potential opportunity for another attempt at the all-time high. 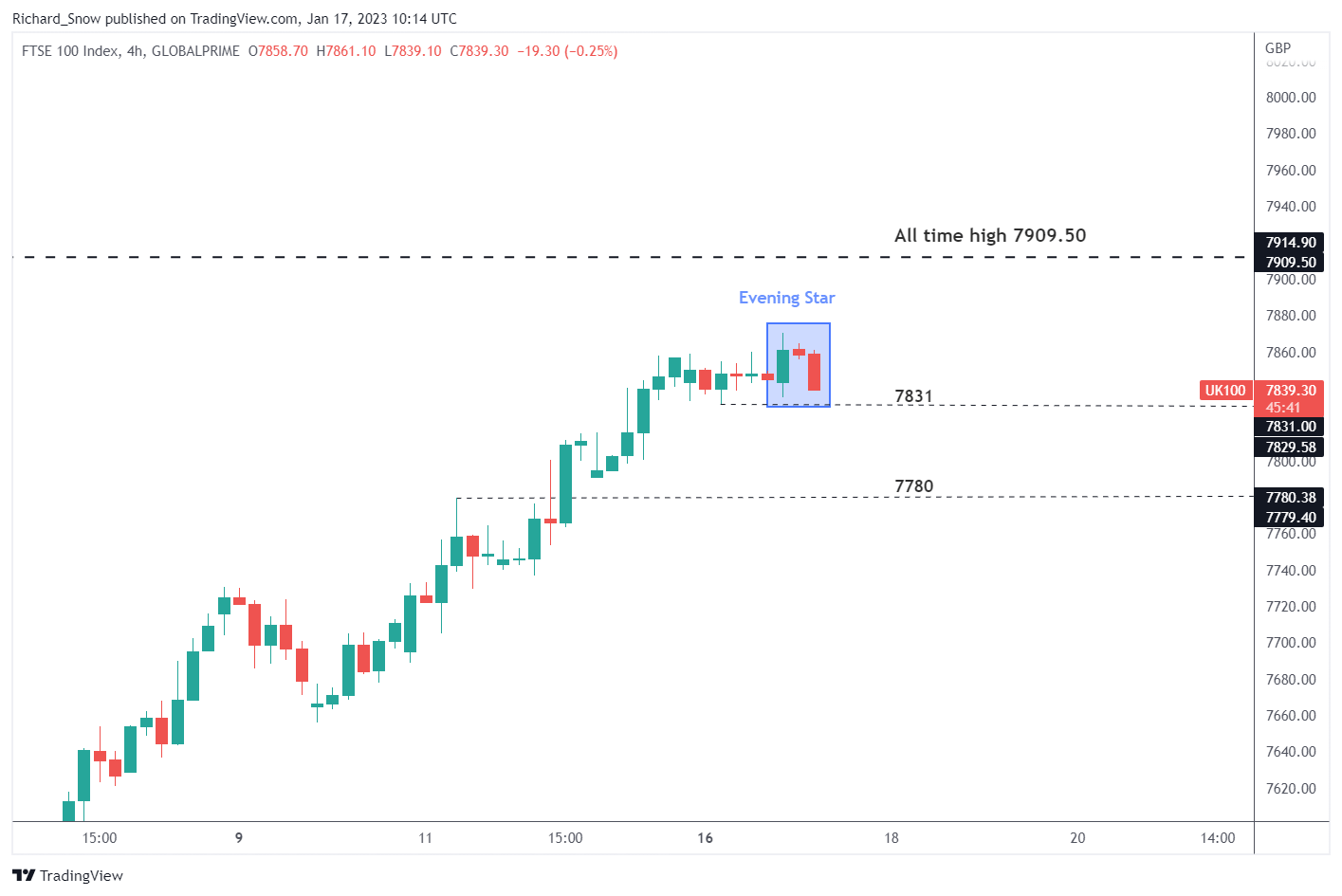 The daily chart (zoomed out) helps to reveal the oscillating price action that ensued for most of 2022, largely between 6980 ad 7680, and the strong break above the 7680 zone of resistance. The golden cross (50 SMA above the 200 SMA) suggests a strong confirmation of the existing uptrend but as mentioned above, early signs of a pause and possible pullback have appeared intraday and will need to be monitored at the close. Something to keep in mind is that strong trending markets can remain in overbought territory for extended periods and therefore, a move lower, out of overbought territory on the RSI ought to be monitored for pullback scenarios should they arise. 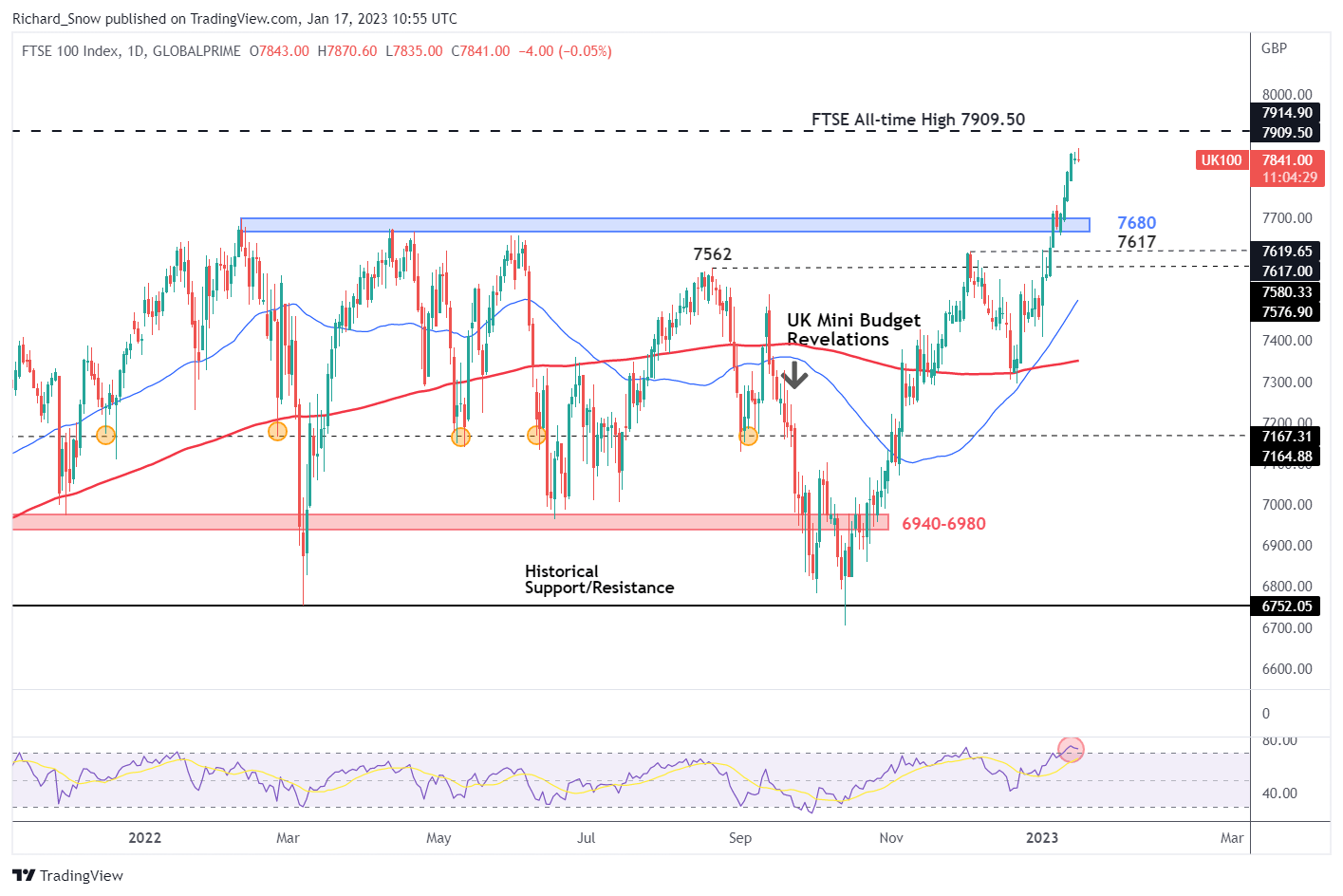 Further data to keep an eye on this week comes in the form of the UK CPI print tomorrow, which isn’t forecasting the same level of price declines as we’ve seen in the US. Earlier today, average UK earnings including bonuses rose by 6.4% (compared to last year) during the three-month period from September to November – the fastest growth since 2001 – but workers are 2.4% worse off in real terms due to elevated inflation. Wage growth is one of the Bank of England’s top concerns as it risks a wage-price spiral that sees inflation expectations rise over time and this will certainly be discussed at the February meeting. US PPI will be closely monitored for further signs of disinflation and retail sales speaks to the health of the US economy ahead of a tricky corporate earnings season where companies foresee a tough trading environment ahead.