The Japanese Yen held firmly below the 145.00 threshold with the help of U.S. ISM manufacturing data for September as well as Fed repricing. Looking at the table below, money markets are now pricing in a peak rate of 4.38% in March next year, down from its highs around 4.60% suggesting traders exercising caution on an ultra-aggressive central bank. The dollar has continued it’s decline today but the fact that the Yen is weaker against the greenback emphasizes the loose monetary state that the Japanese economy finds itself. 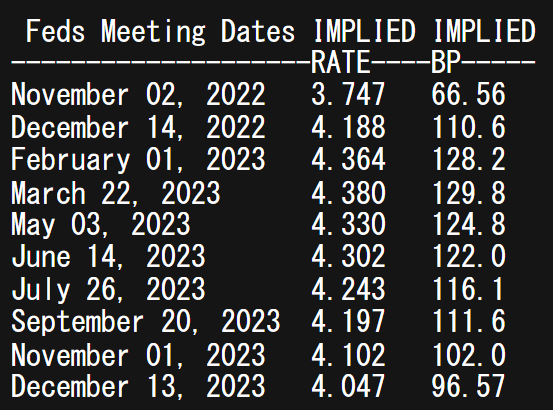 From an option perspective, key strikes for the New York cut are shown below, which could see USD/JPY edge lower as expiry looms. The general rule of thumb is that price tends towards strike prices as it gets closer to expiry – usually applies for large strikes.

The economic calendar (see below) is relatively light today with Fed speakers dominating proceedings. It will be interesting to see whether or not some speakers tone down their prior hawkish outlook which may see the Yen bid. 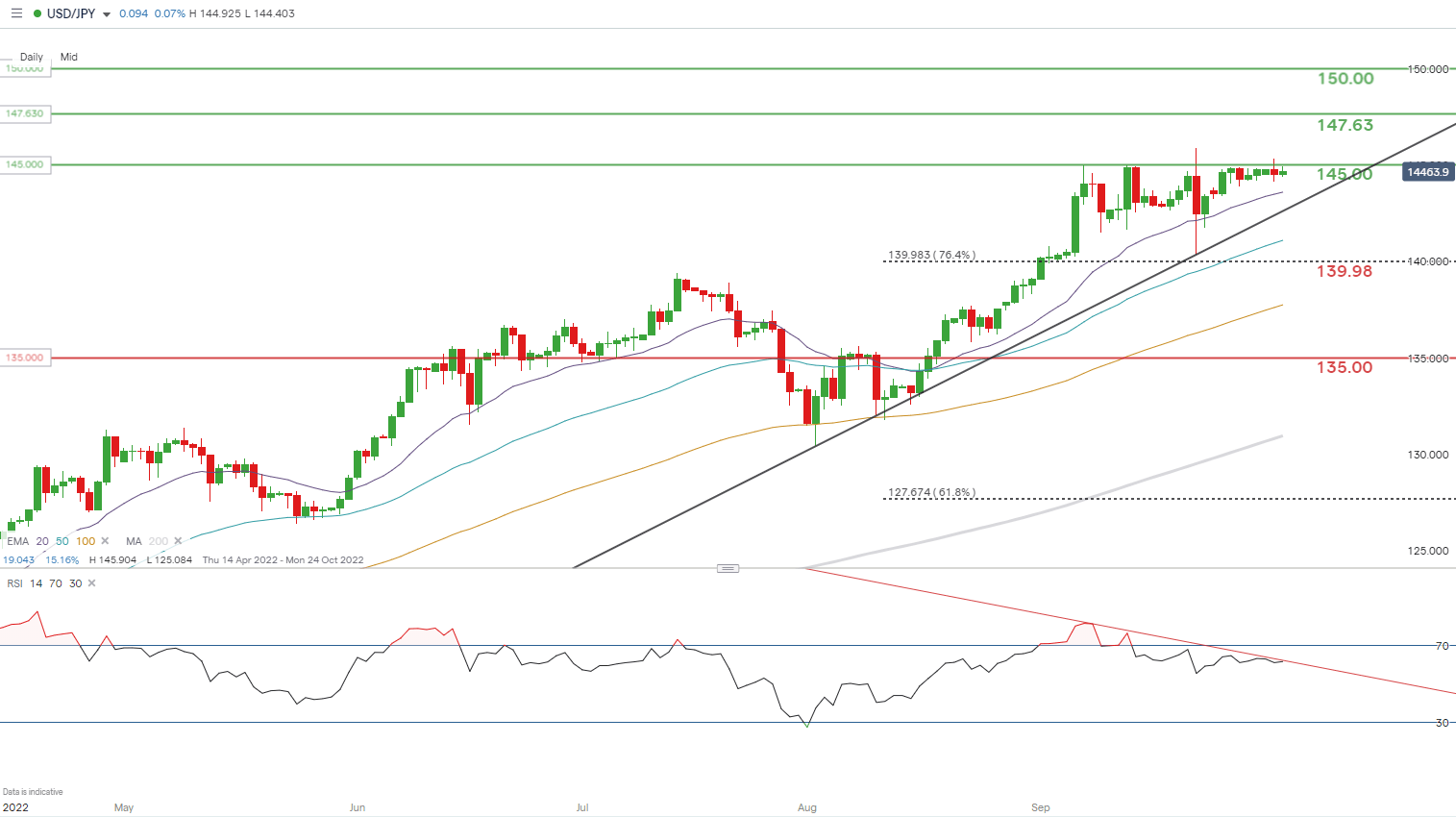 The 145.00 resistance level plays an integral role for JPY traders but the constant barrage by bulls at this level would traditionally point to an impending breakout to the upside. Although the BoJ has already implemented FX intervention, the fundamental headwinds facing Japan can only lead to further weakening of the local currency against the USD. Without any policy shift I expect the pair to push higher towards subsequent resistance in line with a developing ascending triangle chart pattern.

IGCS shows retail traders are currently net SHORT on USD/JPY, with 80% of traders currently holding short positions (as of this writing). At DailyFX we take a contrarian view on sentiment, suggestive of a bullish bias.