EUR/JPY, CAD/JPY. What Happened to Momentum?

There appear to mixed signals for EUR/JPY for now. It failed on a run up to take out the June high of 134.124 and pulled back below the break-out pivot point of 130.744. 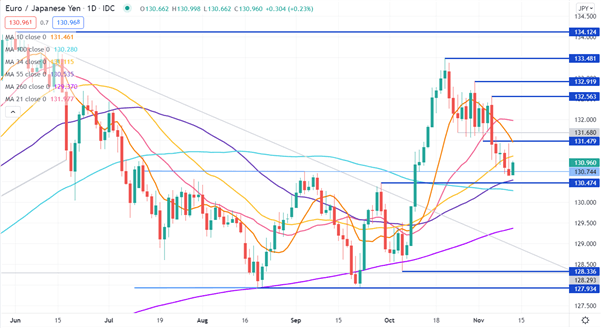 CAD/JPY made a 6-year high last month at 93.021 and this might be a resistance level. Since making that peak, CAD/JPY has drifted lower, moving below the 10-day simple moving average (SMA).

Looking at the 10, 21, 34, 55 100 and 260-day SMAs, it is short-term momentum that appears to have stalled, with the price and the 10-day SMA currently under the 21-day SMA. The medium and long-term SMAs, represented by the 34, 55, 100 and 260-day SMAs, are all below the price and the short-term SMAs. This could suggest that underlying medium and long-term momentum might be bullish.

Should the price and 10-day SMA go above the 21-day SMA in the near term, potential bullish momentum may evolve further.

The recent move lower traded outside the lower band of the 21-day SMA based Bollinger Band but did not have a close outside the band.

The width of the bands also narrowed of late, which represents a lower volatility reading for the cross. This might suggest a consolidation phase for CAD/JPY. 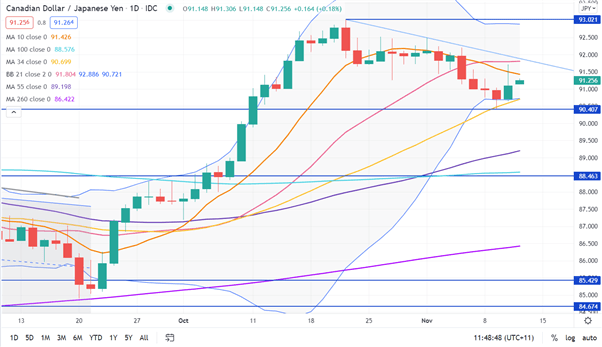