Trading crude oil in the short-term requires moving with every twist and turn, but overall the price action since summer smacks of a base being built. This should bode well for oil at some point, but traders may have to be patient before getting the move.

Ideally, oil continues to hold around the mid-80s as a probe down towards the September low near 76 would take some of the shine off the set-up. A move down to that point won’t necessarily ‘wreck’ the bullish picture, but will require more time.

Given how the base is starting to shape up it could finish up at any time, but we may see some more chop in the coming weeks as well. That is the thing about bases, they can be sloppy with a few starts and stops before eventually working into a sustainable breakout.

At any rate, the failed breakout above 93.64 on Monday helped forge a price to watch as a possible spot that if broken could get oil on a roll higher. The way this could play out is a bit more backing-and-filling which creates a more stable pattern to lean on.

For now, in watch-and-see mode. If currently trading oil in the near-term, taking a ‘hit-and-run’ approach may work best given the choppy environment, but at some point a sustained trade looks to potentially be in the cards. 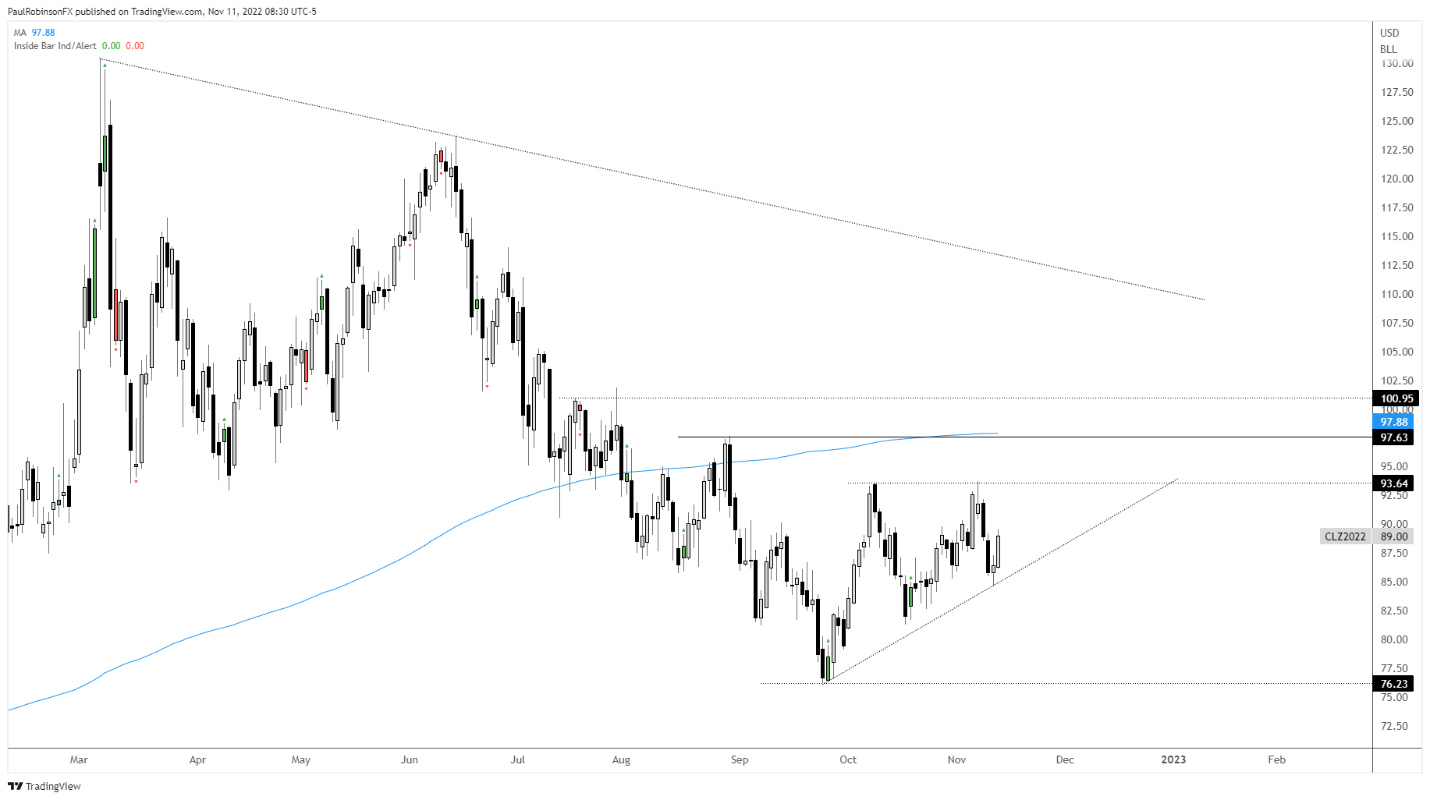