The price of oil appears to be trading in a narrow range as it bounces along the 50-Day SMA ($87.54), but crude may attempt to retrace the decline from the monthly high ($93.64) as a bull-flag formation appears to be taking shape.

The price of oil snaps the recent series of lower highs and lows despite trading to a fresh weekly low ($85.20), and the continuation pattern may unfold over the coming days as crude no longer responds to the negative slope in the moving average. 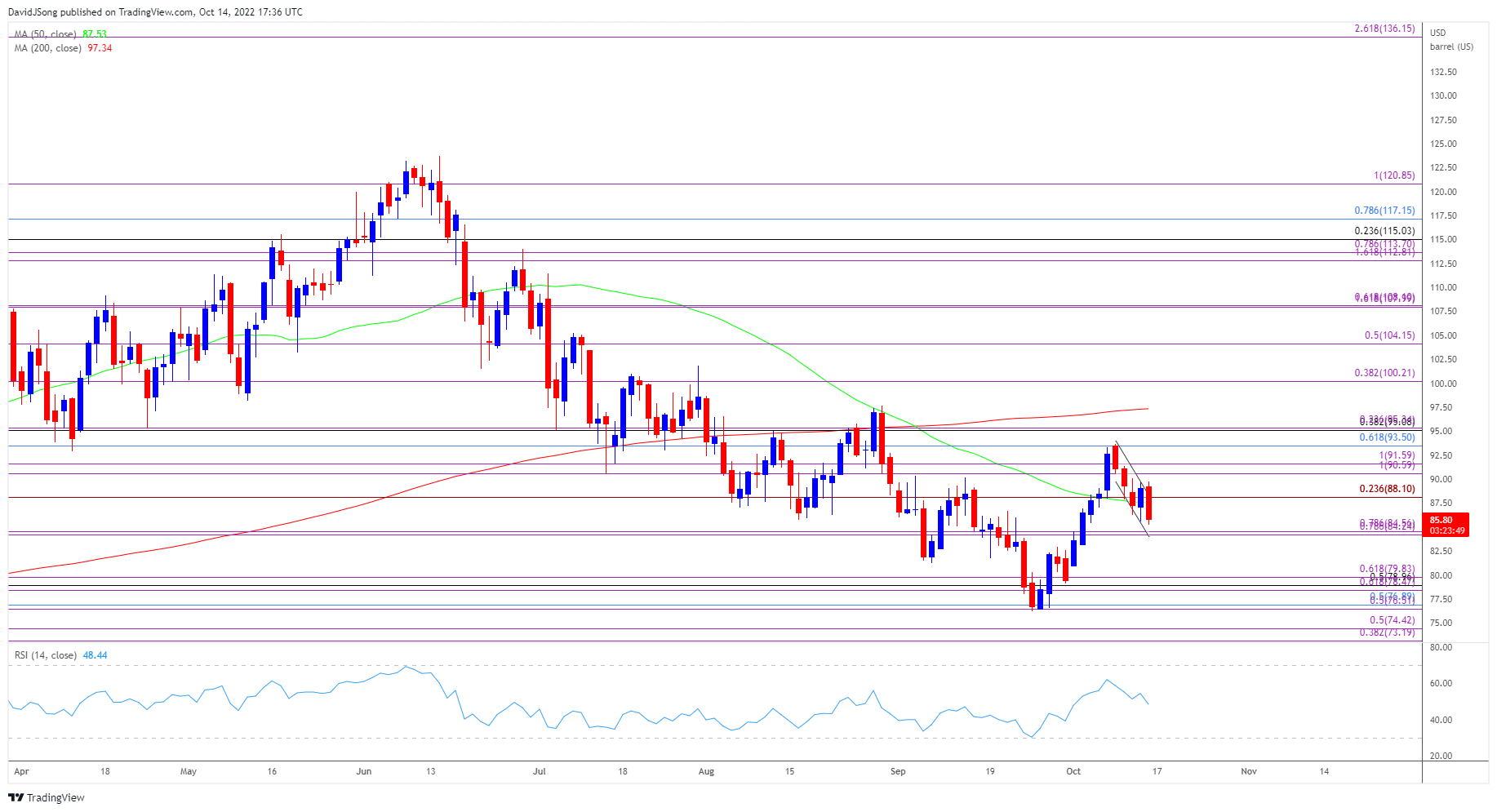